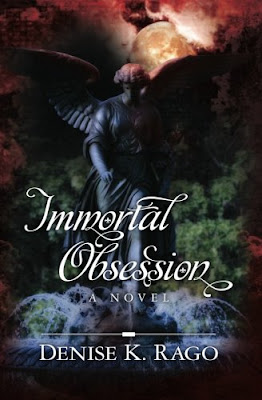 As a young man in eighteenth century France, Christian Du Mauré impulsively follows his best friend into the complex and warring world of the Parisian vampires. Against the backdrop of the French Revolution and following an affair with a mortal aristocrat, he promises to watch over her daughter - only to learn the child is his. Now settled in Manhattan, only two descendents of his union remain, Amanda and her brother, Ryan. After Amanda witnesses a savage murder in Central Park, she is determined to find the ethereal stranger who saved her life. When their worlds inevitably collide, Christian finds he cannot prevent Amanda from becoming a pawn in a centuries-old struggle for power. As a confrontation between ancient enemies comes to a head, Christian must face a betrayal from his past that still haunts him and threatens the woman he loves.
Title: Immortal Obsession
Author: Denise K. Rago
Publisher: Createspace
Pages: 262
Release Date: September 27, 2o10
Source: Author
Format: Paperback
Rating: 3/5
Immortal Obsession by Denise K. Rago tells the story of a young woman living in New York City who, after witnessing a savage murder and almost becoming a victim herself, is rescued by a figure obscured in shadow. Years later, which is when the story really picks up, the young woman, whom is named Amanda, by the way, is on a quest to find the man who saved her, and the man who she saw slaughtered an innocent victim in Central Park right before her eyes.

I rated this book 3/5 because I really enjoyed the darkness and the Gothic, underlying themes that Rago so creatively used in the book. As I was reading, I couldn't help but think about the dark, macabre writing style of Anne Rice, which I enjoyed, seeing as how I am a Rice/Vampire Chronicles fan.

This book was told in third person, through two dominant perspectives: Amanda, a human, and Christian, a vampire. Even though Christian's part of the story was interesting, it was Amanda's perspective that I was really intrigued by. I loved Amanda, and as the story progressed, I found myself growing more and more fond of her, and I really enjoyed that factor.

Another thing I enjoyed about Immortal Obsession was the setting: New York City! I enjoyed the gritty, honest depiction of the city and felt as if I were the one walking the streets instead of Amanda or Christian.

I thought the pace of the book flowed smoothly, neither too rushed or too slow, and when I finished the book, I felt as if the story had been justified and I felt a sense of closure, and I was glad that I wasn't left with a million unanswered questions like some authors leave you with, although there was just enough room for thought to let the story thrive and live on in the mind of the reader after the story was finished. 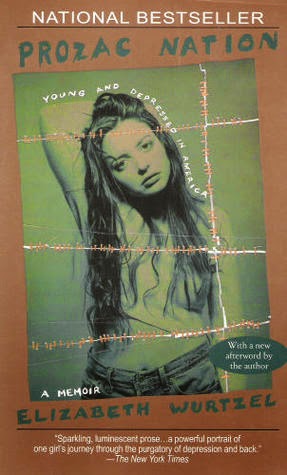